X
This site uses cookies to provide and improve your shopping experience. If you want to benefit from this improved service, please opt-in. Cookies Page.
Accept Cookies
Greens Horticulture - Serving Growers All Over The UK
Out of Stock 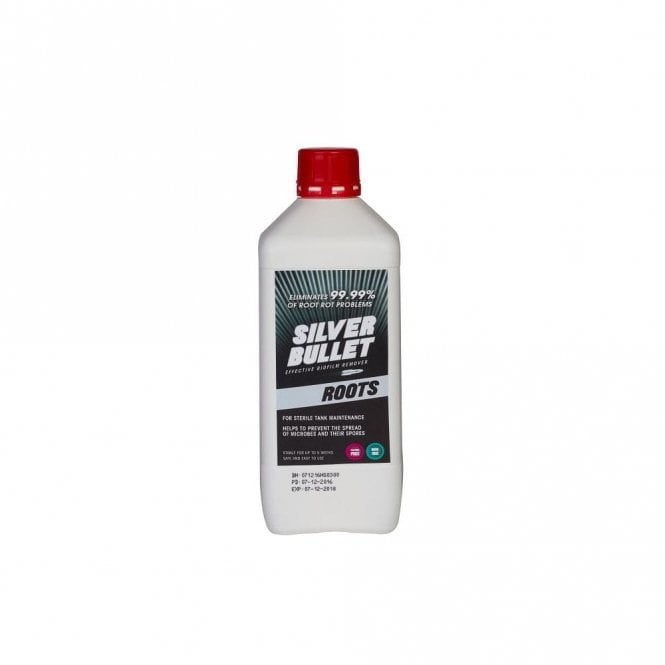 Silver Bullet Roots is a powerful, highly-effective non-toxic additive that is used in hydroponics systems to keep roots free of disease and pathogens.

Use weekly throughout the plant lifecycle, it's also effective as a flushing agent.

Silver Bullet Roots is a powerful, highly effective nutrient solution additive that is used in hydroponics systems to keep roots free of disease and pathogens.

As a by-product of the hydrogen peroxide doing its job oxygen is produced which can then be used by the plant roots - another benefit of using Silver Bullet Roots in your nutrient solution.

Silver Bullet does not enter the plant in any way so will not affect the taste or flavour of your crops. Its been approved by the EPA for human consumption and is safe enough to be used in drinking water treatment in various different countries

If you have tried to go down the friendly bacteria route in a hydroponic system and found that it was not effective, then give this product a try. Its highly effective, non-toxic and sensibly priced.

Contact us with any questions you have about this product
Be the first to review Silver Bullet Roots. Write a review
?
x
Compare (1)
Top