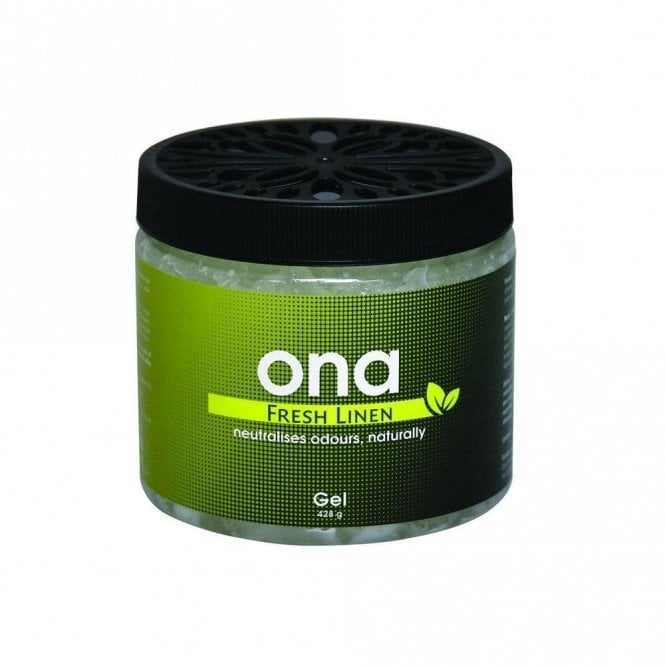 Cost-effective - it can be used by drilling a few holes in the lid to extend its lifespan, as well as smearing it inside ductwork to boost the effects of a carbon filter.

Available in 1l or 4l sizes, and a choice of fragrances. Blocks also available.

As the name suggests, Odour Neutralising Agent (ONA) Gel is a great way of combating unwanted smells. Available as either gel or block and in a choice of fragrances, ONA has a wide variety of applications and places where it can be used.

Ona Gel is a low-cost way of managing smells and can also be used by drilling a few holes in the lid to extend its lifespan. Some people have also found that by breaking it out of the pot it is possible to smear it inside ductwork and boost the effects of a carbon filter.

The gel can also be used by placing small amounts in various places to maximise the surface area and avoid the crust that can form at the top of an open jar. It can also be incorporated into ducting by using a T-Piece and, if needed, a ducting reducer (the one litre gels are nearly a perfect fit for a four-inch/100mm reducer).

Estimating the lifespan of the ONAs is hard as much will depend on airflow, humidity, and temperature, but an average would be four to six weeks for the ONA Gel 1L.

Contact us with any questions you have about this product
Be the first to review ONA Gel. Write a review
?
x
Compare (1)
Top